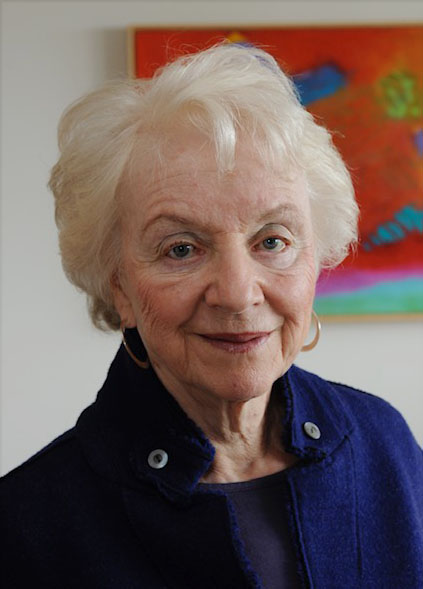 Madeleine May Kunin was the first female governor of Vermont and the first woman in the U.S. to serve three terms. She was a state legislator for three terms, and Lt. Governor for two terms.

Madeleine served as Deputy Secretary of the U.S. department of Education and U.S Ambassador to Switzerland in the Clinton administration. She is currently a Marsh professor at the University of Vermont. She is the founder and board member of the global Institute for Sustainable Communities (ISC), a non-governmental organization, focused on climate change and civil society. She is also founder of Emerge Vermont, an organization that recruits and trains women to run for public office.

A graduate of the University of Massachusetts (Amherst), Columbia University School of Journalism, Madeleine also received an MA degree in English Literature from the University of Vermont. She was a Fellow at the Institute of Politics at the Kennedy School of Government, a fellow at The Radcliffe Institute for Advanced Studies, Harvard and is a member of the American Academy of Arts and Sciences.

Her most recent book published by Green Writers Press, Coming of Age, My Journey to the Eighties, was named by Kirkus Reviews as one of the best books of 2018. In 2012, Kunin published The New Feminist Agenda, Defining the next Revolution for women Work and Family, with Chelsea Green. It was named a Notable Book by the New York Times. Her earlier books include: “Pearls, Politics and Power, How Women Can Win and Lead, “published by Chelsea Green (2008), and “Living a Political Life,”, published by Knopf (1994).