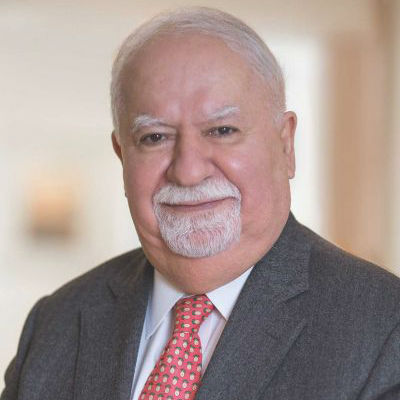 One of America’s most influential scholars, Vartan Gregorian is the 12th president of the Carnegie Corporation of New York. Before his current position, Gregorian served as president of Brown University. His wide-ranging influences on academia and the arts also include serving as founding dean of the Faculty of Arts and Sciences at the University of Pennsylvania, and later the university’s provost, and then as president of the New York Public Library. Gregorian, born in 1934, is the author of “The Road to Home: My Life And Times;” “Islam: A Mosaic, Not A Monolith;” and “The Emergence of Modern Afghanistan, 1880-1946.” He serves on several boards including the National September 11 Memorial and Museum, and has also served on the boards of the J. Paul Getty Trust, Human Rights Watch, The Museum of Modern Art, and the Bill & Melinda Gates Foundation. Gregorian’s honors include the Ellis Island Medal of Honor, the National Humanities Medal and the Medal of Freedom, the nation’s highest civil award.