Addressing Diversity at The New Jewish Home: The Changing Face of Aging

The New Jewish Home provides a supportive environment for diversity and is committed to promoting the changing face of aging.

Call it the wrinkling of the American population: in the next 30 years the number of people 65 and older will double to 80 million, but these wrinkles will be anything but uniform. The face of aging is changing as the elderly population in the U.S. becomes more racially, ethnically and socially diverse. Consider this:

The challenge for those who care for elders is how to evolve along with the changing face of aging.  The Jewish Home legacy of person-centered care is an anchor for an approach to caring for a more diverse population. But beyond recognizing the needs of each individual, there are implications for staff training and development, and evolution of activities offered, languages used, food served and particularly the assumptions we make about the lives and families of the elders we serve.

Jewish Home is preparing for and adapting to the changing face of aging. From staff diversity initiatives, to the provision of communication services for those with hearing loss or other disabilities,  to all-staff training to make our facilities LGBT welcoming (please read our LGBT FAQ), to offering telehealth devices with dialogues in many languages, Jewish Home is committed to being on the forefront of the changing face of aging.

>> Our Policies and Commitment to Equality and Nondiscrimination (PDF) 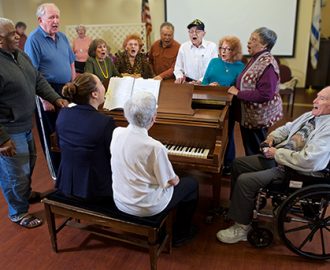 We are proud to have been awarded credentials from SAGECare, reflecting our commitment to being welcoming and supportive to LGBT elders 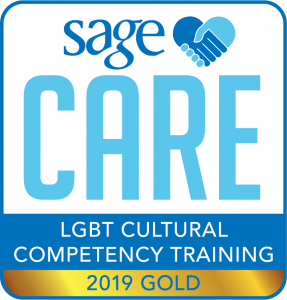