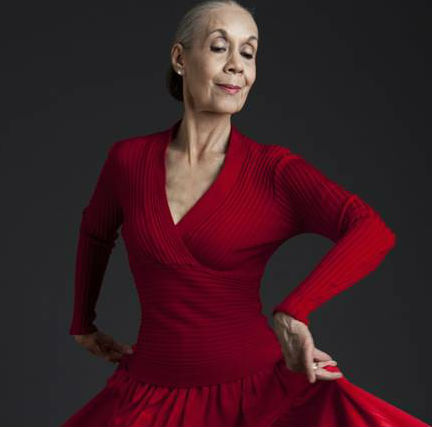 Carmen de Lavallade has had an unparalleled career in dance, theater, film and television. She began with the Lester Horton Dance Theater, and appeared in four movies, including Carmen Jones with Harry Belafonte and Dorothy Dandridge, and Odds Against Tomorrow  again with Belafonte. Herbert Ross then asked her to appear as a dancer in the 1954 Broadway production of House of Flowers with Pearl Bailey, Diahann Carroll, Alvin Ailey and the man that would become her husband, Geoffrey Holder. Her dance career includes having ballets created for her by Lester Horton, Geoffrey Holder, Alvin Ailey, Glen Tetley, John Butler and Agnes de Mille. She became the principal dancer with the Metropolitan Opera and was a guest artist with the American Ballet Theater. She has choreographed for the Dance Theatre of Harlem, Philadanco, the Alvin Ailey American Dance Theater, and the productions of Porgy and Bess and Die Meistersinger at the Met. She also has had an extensive acting career in numerous off-Broadway productions including Death of a Salesman and Othello. She taught movement for actors at Yale and became a member of the Yale Repertory Company and the American Repertory Theatre at Harvard. She and Holder were the subjects of the film Carmen & Geoffrey, which chronicled their 60-year partnership and artistic legacy. Her most recent work includes 651 ARTS’ FLY: Five First Ladies of Dance, Step-Mother by Ruby Dee, Post Black by Regina Taylor, and the Broadway production of A Streetcar Named Desire. Currently, de Lavallade is touring a dance/theater work about her life entitled As I Remember It. She received the Dance Magazine Award, an honorary doctorate of Fine Arts from the Juilliard School, the Duke Ellington Fellowship Award, and the Dance USA Award. She has performed on the world’s stages and with such legendary artists as Josephine Baker and Duke Ellington and in her 80s is still inspiring generations of artists and audiences with her grace and elegance.