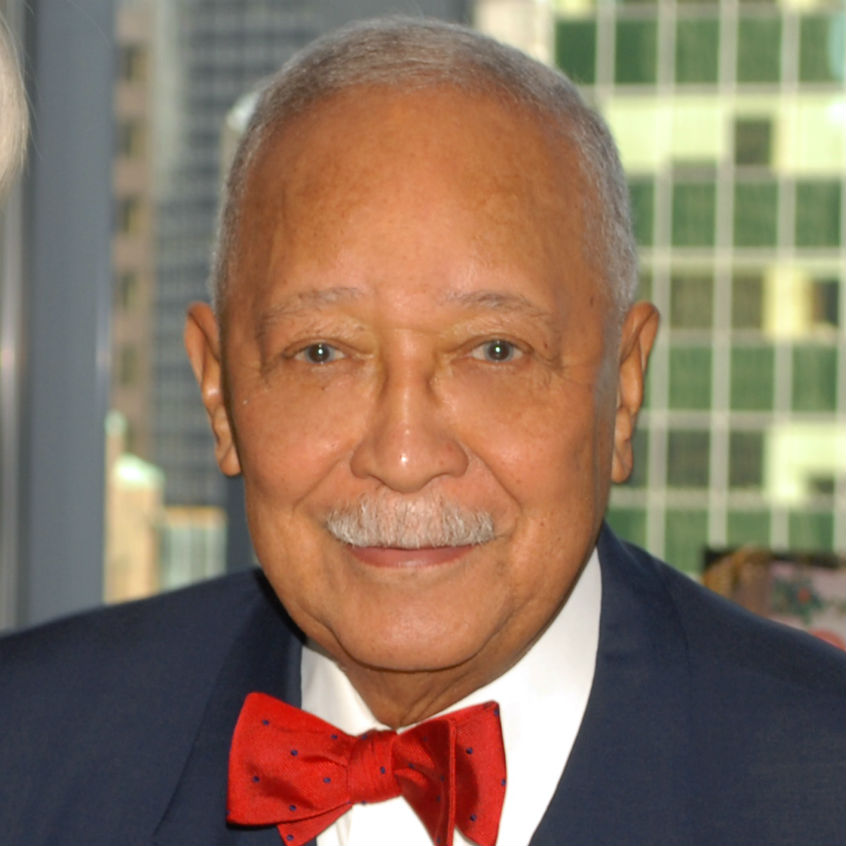 David Norman Dinkins served as NYS Assemblyman, President of the NYC Board of Elections, City Clerk and Manhattan Borough President before being elected 106th Mayor of the City of New York in 1989. As the first (and only) African American Mayor of NYC, major successes of note under his administration include: “Safe Streets, Safe City: Cops and Kids”; the revitalization of Times Square as we have come to know it; an unprecedented agreement keeping the US Open Tennis Championships in New York City for 99 years – a contract that continues to bring more financial influx to New York City than the Yankees, Mets, Knicks and Rangers COMBINED – comparable to having the Super Bowl in New York for two weeks every year! The Dinkins administration also created Fashion Week, Restaurant Week, and Broadway on Broadway, which have all continued to thrive for decades, attracting international attention and tremendous revenue to the city each year. Mayor Dinkins joined Columbia University’s School of International and Public Affairs (SIPA) as a Professor in the Practice of Urban Public Policy in 1994.  He has hosted the David N. Dinkins Leadership & Public Policy Forum for 20 years which welcomed Congressman John Lewis as Keynote Speaker in 2017.   2015 was a notable year for Mayor Dinkins: the landmarked, Centre Street hub of New York City Government was renamed as the David N. Dinkins Municipal Building; the David N. Dinkins Professorship Chair in the Practice of Urban & Public Affairs at SIPA (which was established in 2003) announced its inaugural professor, Michael A Nutter, 98th Mayor of Philadelphia; and the Columbia University Libraries and Rare Books opened the David N. Dinkins Archives and Oral History Project. Mayor Dinkins is an active participant on numerous organizational boards – with his primary focus on youth, he also maintains regular engagements as a featured speaker or award recipient around the country.  In 2013, Mayor Dinkins became a first time author when, A Mayor’s Life: Governing New York’s Gorgeous Mosaic, was published.  A memoir which chronicles the life of this devoted public servant as a New Yorker who remains in love with his city. Born in Trenton, New Jersey, on July 10, 1927, David Dinkins graduated with honors from Howard University in 1950 with a B.S. in mathematics and an LLB from Brooklyn Law School in 1956.  He is a recipient of The Congressional Gold Medal for his service as a Montford Point Marine in the United States Marine Corps, during World War II.  David N. Dinkins resides in New York City with his wife of 63 years, Joyce Burrows Dinkins.