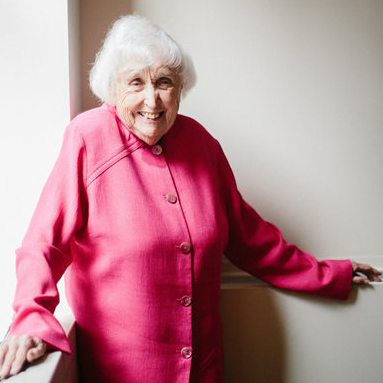 Described as “the very soul of philanthropy,” Elizabeth McCormack is a longtime philanthropic advisor to the Rockefeller family. McCormack was a nun for three decades, then earned her doctorate in philosophy from Fordham University and served as president of Manhattanville College.  She was a founder of the Partnership for Palliative Care, which has helped transform that field into an integral part of health care. She remains the organization’s chair. Her past and current board memberships include Memorial Sloan-Kettering Cancer Center, Atlantic Philanthropies, the John D. and Catherine T. MacArthur Foundation, and colleges large and small.  McCormack, born in 1922, has received honorary degrees from distinguished schools including Brandeis, Princeton, and the American University of Paris.