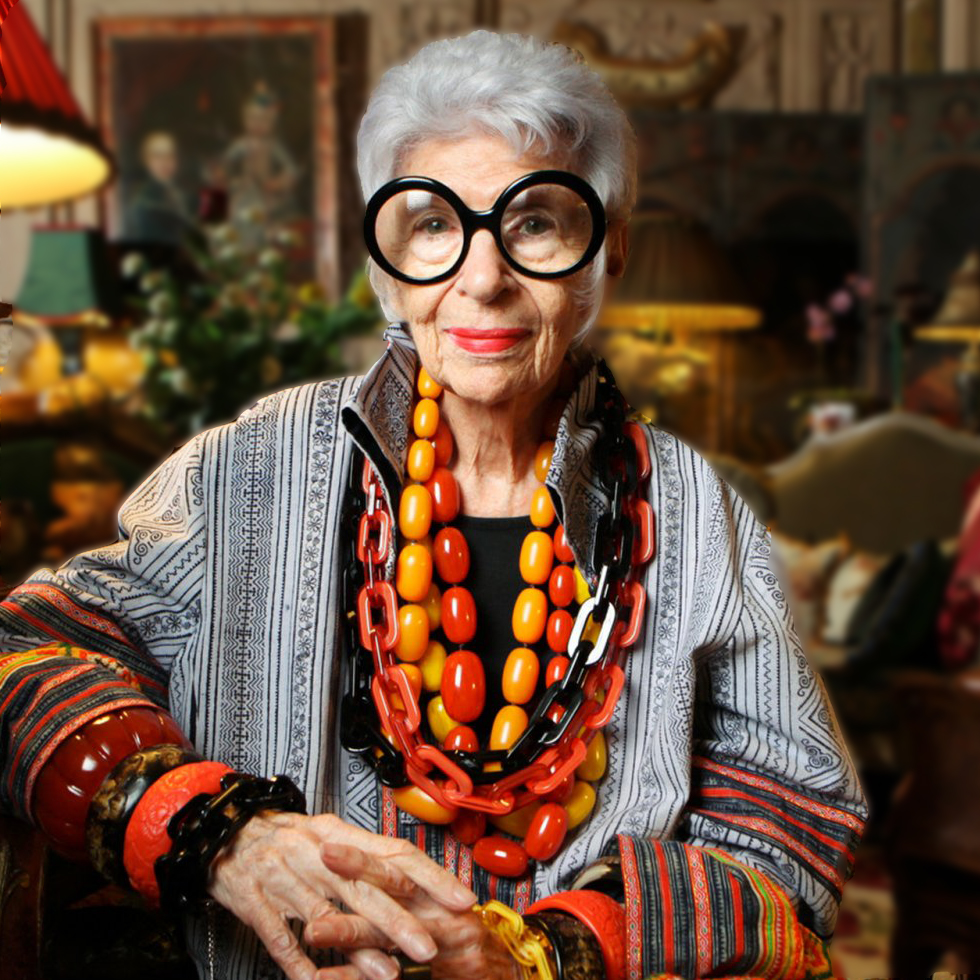 Iris Apfel is a style icon and self-described “geriatric starlet.” She consults and lectures about style, and her design projects have included work at the White House for nine presidents. In 2013, she was listed as one of the 50 Best-Dressed Over-50s by The Guardian newspaper. As a young woman, Apfel worked for Women’s Wear Daily and for interior designer Elinor Johnson, and was an assistant to illustrator Robert Goodman. She and husband Carl Apfel launched the textile firm Old World Weavers. Through their business, the couple began traveling the world, where Apfel began buying pieces of non-Western, artisanal clothes, which she started wearing to the high-society parties of their clients. In 2005, the Costume Institute at the Metropolitan Museum of Art premiered an exhibition about her style entitled Rara Avis (Rare Bird): The Irreverent Iris Apfel. At age 90 in 2012, she was a visiting professor at UT-Austin. Apfel is the star of a documentary by Albert Maysles called “Iris” that premiered at the 2014 New York Film Festival.