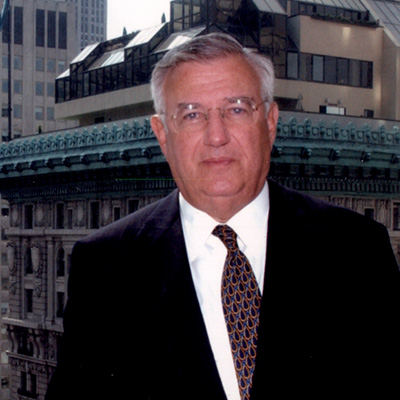 Roy Zuckerberg is currently a Senior Director of The Goldman Sachs Group, Inc. after stepping down as Vice Chairman of the Firm, a member of the Executive Committee, and head of the Equities Division in November of 1998. He joined the firm in 1967 and in 1976 became a General Partner. In 2001, he created a private investment company, Samson Investment Partners. Roy is former Chairman of the Board of Trustees and presently a member of the Executive Committee of Northwell Health, formerly North Shore-Long Island Jewish Health System, Inc. Roy is past Chairman of the Board of Governors of Ben-Gurion University of the Negev in Israel where he served from 2004 to 2012. Roy is also Honorary Chairman of the Zuckerberg Institute for Water Research. The Zuckerberg Institute, now in its eleventh year of operation leads interdisciplinary, cutting-edge research and graduate education in water sciences, aimed at improving human well-being in drylands through technologies and policies for sustainable use of water resources. In 2009, he received an honorary doctoral degree from Ben-Gurion University. A Trustee of Cold Spring Harbor Laboratory and the New York Historical Society, Roy is a Director of the Community Foundation for Palm Beach and Martin Counties. Roy served on the Board of Trustees of the Joseph P. Kennedy Enterprises, Inc. from 1999 to 2012. Roy chaired the investment committee of the University of Massachusetts Foundation from 2000 to 2009 and supports the Roy J. Zuckerberg Endowed Leadership Chair. The University of Massachusetts has honored him with their Distinguished Alumni Award, a doctor of humane letters and the President’s Medal. Roy received a B.S. from Lowell Technological Institute (now U Mass) in 1958. In the spring of 2017, “The Roy J. Zuckerberg College of Health Sciences” was named at the University of Massachusetts.