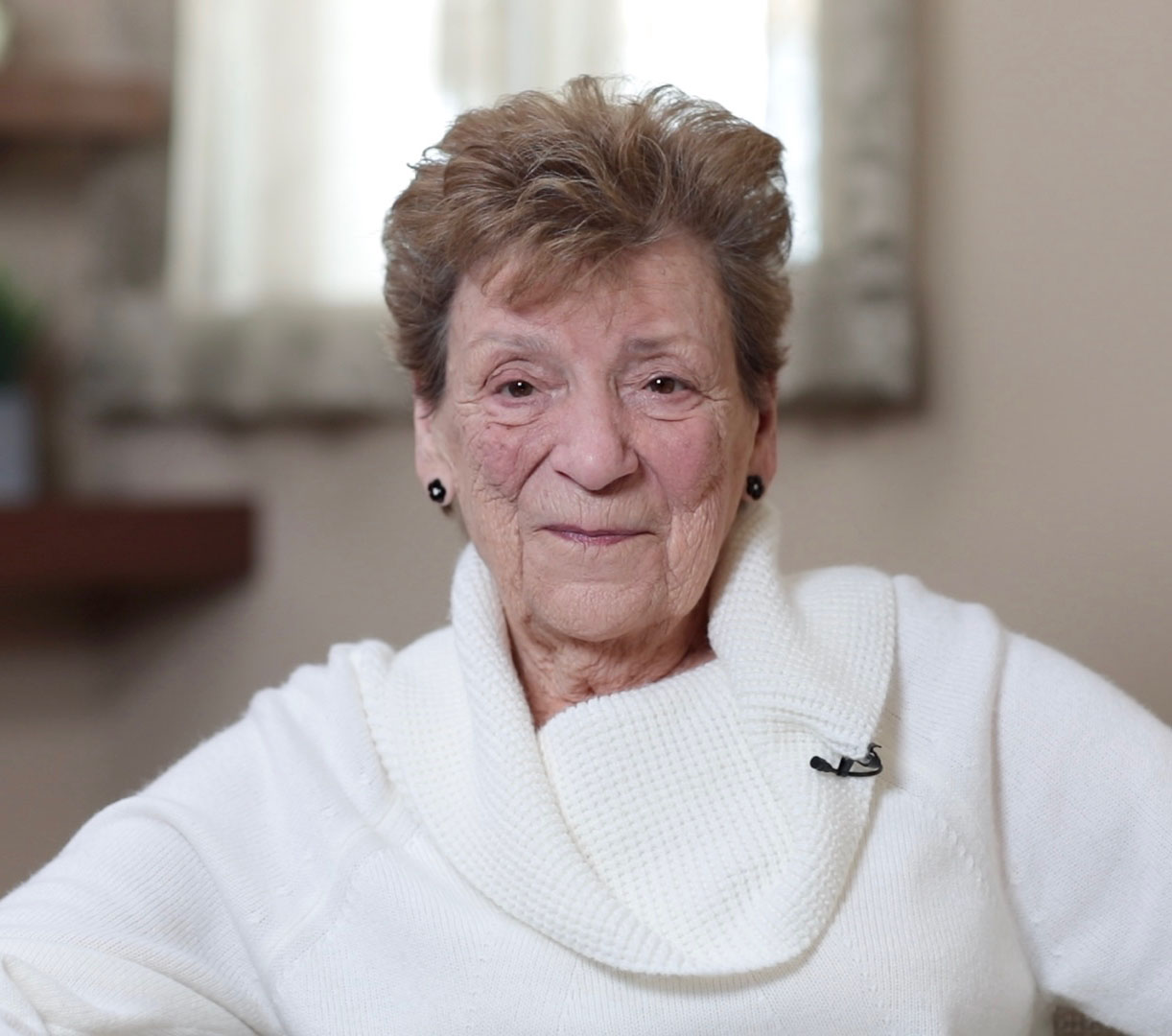 Marie Holley spends thirty hours a week at The New Jewish Home’s Sarah Neuman Center, but the facility represents much more for her than a workplace. What began nearly 34 years ago as a job “without much heavy lifting” due to surgery became a home away from home.

Marie came to The New Jewish Home in 1986 to assist as a companion. She quickly realized “a lot of good things happen here.” Before long, Marie was assisting in so many areas the head nurse told her that she had to become a member of the staff. She quickly settled in to a role in recreation—where she remains today, working with residents on ceramics, Bingo and a host of programs—but also relieves at the switchboard, does rosary on Thursday, spends time with “wonderful families” and covers the floor until Jewish services on Fridays.

At the first event she attended with The New Jewish Home’s CEO, Dr. Jeffrey Farber, Marie went up and asked him to dance. She brings this energy and enthusiasm to everything she does at Sarah Neuman Center.

“Marie is reliable, always puts the resident first, and the amount of energy that she has for someone at 90 is incredible. She doesn’t look for people to help her—she looks to help them. She’s also a big advocate for the residents.”
–Vincent Bonadies, MS, CTRS Director of Therapeutic Recreation/Volunteers

The New Jewish Home has cared for Marie’s family and inspired her to keep going during difficult times. Most difficult was the loss of her husband, who came to Sarah Neuman Center, where he was cared for after a stroke until he passed away. Marie’s recreation groups and friendships at the center kept her going. This trusted home away from home has continued to be the place her family seeks comfort and care. In addition to her husband, Marie’s brother, sister, brother-in-law, and sister-in-law have all spent time at The New Jewish Home. Her niece even followed in Marie’s footsteps, and works at Sarah Neuman Center in the finance office. They live across the street and walk to work together each day.

A mother and grandmother, Marie is often asked when she plans to retire. “I don’t know the answer, because I’m happy to get up every morning and come here. When I leave here each day, I know that I did what I’m supposed to do. I would miss it terribly if I ever left.”

As our first staff member to be honored at Eight Over Eighty, Marie exemplifies what this event is a celebration of—individuals who personify the values and who are embracing life with meaningful intention, purpose and an expectation of continued accomplishment.