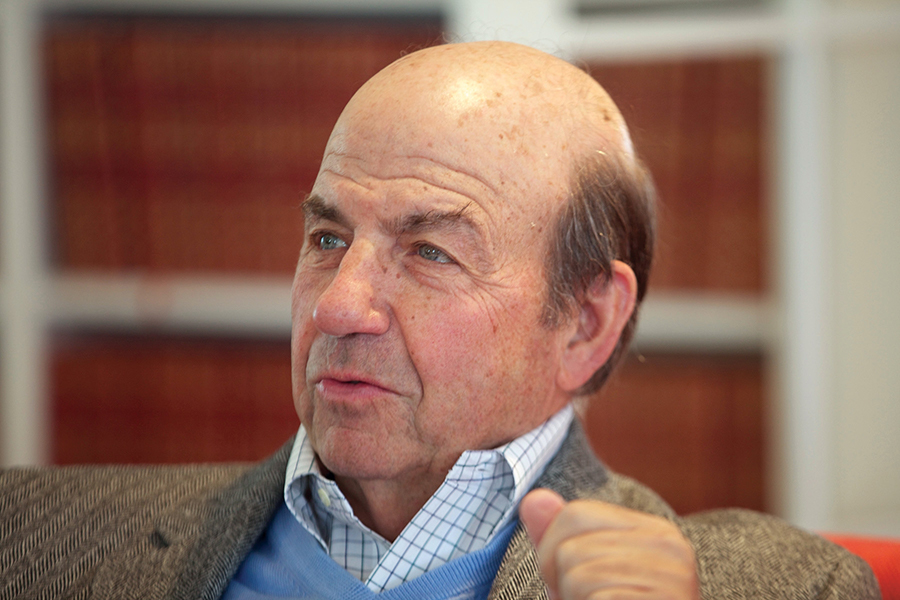 CALVIN TRILLIN has been acclaimed in fields of writing that are remarkably diverse. As someone who has published solidly reported pieces in The New Yorker for more than fifty years, he has been called “perhaps the finest reporter in America.” His wry commentary on the American scene and his books chronicling his adventures as a “happy eater” have earned him renown as “a classic American humorist.” His ABOUT ALICE — a 2007 New York Times best seller that was hailed as “a miniature masterpiece” — followed two other best-selling memoirs, REMEMBERING DENNY and MESSAGES FROM MY FATHER.

Trillin was born and raised in Kansas City, Mo., and now lives in New York. He graduated from Yale in 1957, did a hitch in the army, and then joined Time. After a year covering the South from the Atlanta bureau, he became a writer for Time in New York.

In 1963, he became a staff writer for The New Yorker. From 1967 to 1982, he produced a highly praised series of articles for The New Yorker called “U. S. Journal” 3,000 word pieces every three weeks from somewhere in the United States, on subjects that ranged from the murder of a farmer’s wife in Iowa to the author’s effort to write the definitive history of a Louisiana restaurant called Didee’s “or to eat an awful lot of baked duck and dirty rice trying.” Some of the murder stories from that series were published in 1984 as KILLINGS, a book that was described by William Geist in the New York Times Book Review as “that rarity, reportage as art.” It was republished, with added material, in 2017.

From 1978 through 1985, Trillin was a columnist for The Nation, writing what USA Today called “simply the funniest regular column in journalism.” From 1986 through 1995, the column was syndicated to newspapers. From 1996 to 2001, Trillin did a column for Time. His columns have been collected in five books. His QUITE ENOUGH OF CALVIN TRILLIN was awarded the Thurber Prize for American Humor in 2011.

Since 1990, Trillin has written a piece of comic verse weekly for The Nation. His books of what he calls deadline poetry have all been New York Times best sellers.

Trillin’s books have included three comic novels (most recently the national best-seller TEPPER ISN’T GOING OUT) and a collection of short stories and a travel book and an account of the desegregation of the University of Georgia. Three of his antic books on eating AMERICAN FRIED, ALICE, LET’S EAT and THIRD HELPINGS were compiled in 1994 into a single volume called THE TUMMY TRILOGY.

He lectures widely, and has appeared often as a guest on television. He has written and presented two one man shows at the American Place Theater in New York both of them critically acclaimed and both sell outs. In reviewing “Words, No Music,” in 1990, New York Times theater critic Mel Gussow called Trillin “the Buster Keaton of performance humorists.” His play “About Alice,” inspired by the memoir, was produced by Theatre for a New Audience in 2019.

Trillin has been a trustee of the New York Public Library and of Yale. He is a member of the American Academy of Arts and Letters.